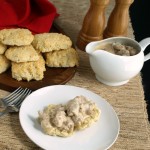 Being originally from the North, Biscuits and Gravy was not something I’d ever heard of (never mind eaten) until after I’d moved to South Carolina as an adult. My husband was also born in the North but was raised in  the South and as you can see where this is heading – he absolutely LOVES biscuits and gravy.

It’s by far his most favorite breakfast and I try to make it for him about once a month. When I first moved to South Carolina however, he would usually make this dish himself but used a packet of dry gravy mix. One day I asked why he made his gravy from a packet when a real milk gravy was so simple to make from scratch – not to mention tasty!

Well, as you can imagine, those packet days are long since gone and from scratch is his new norm for this biscuits and gravy meal. 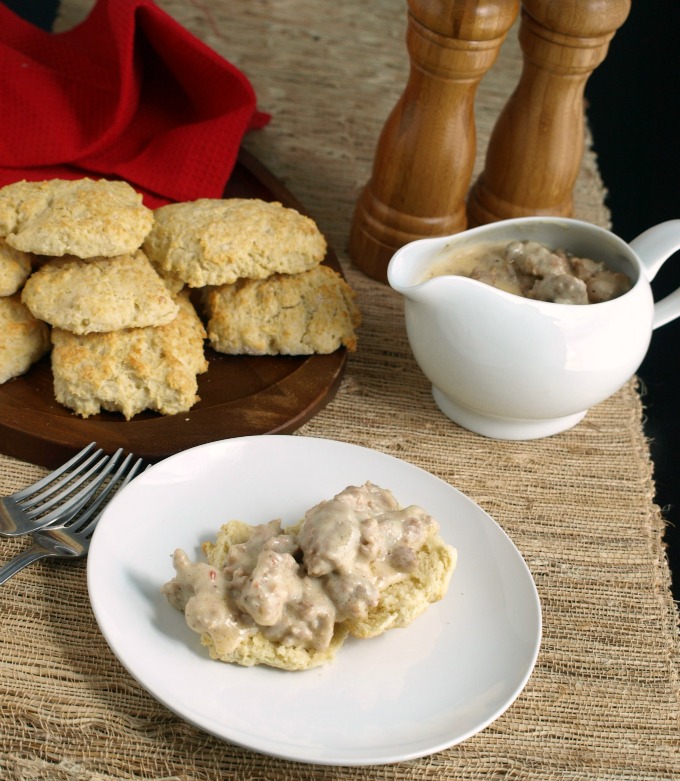 But the story doesn’t end there because my arch nemesis is… the biscuit!

And while we have sufficed for many years with using the frozen biscuits that I can pop into the oven, I have really wanted to make him fresh, from scratch, biscuits to go with his homemade sausage gravy.

I don’t know what it is but my biscuits always, without fail, turn into hockey pucks. My dutiful husband eats them like a champ.

But for a while, I just completely gave up on the idea of even trying to master the biscuit until recently when the idea crept back into my thoughts. 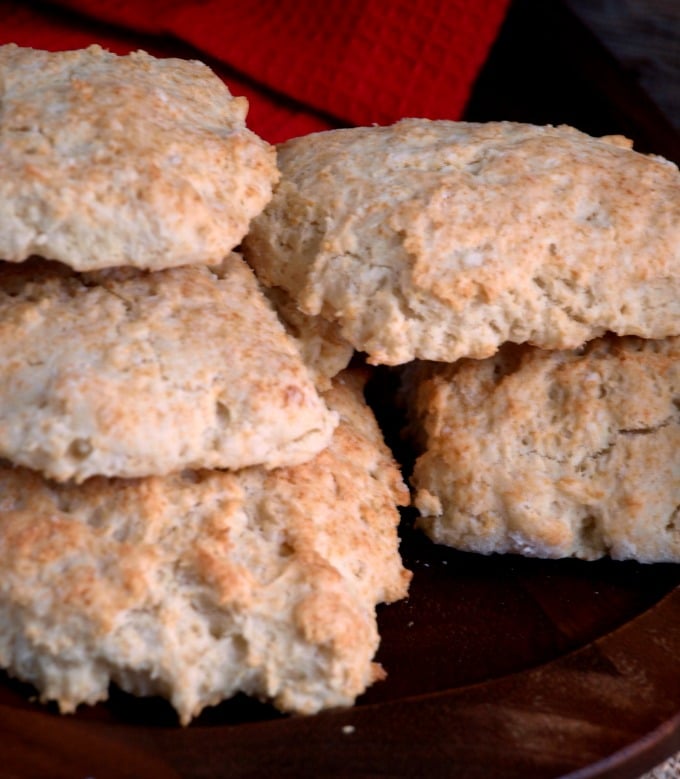 My feeling is if I can make a tasty scone, and a scone is essentially a biscuit, that I should be able to make a biscuit! So this is yet another try – and while they are not perfect by any means, they are tasty, soft, and delicious. Nothing at all like the hockey pucks of my past!

Which is great because this sausage gravy recipe is so easy and delicious that they make a great pair. Best yet for me is that they are so simple to make and rather than worrying about using a round cutter and having extra dough end up as waste,

I just patted the dough out into a 9″ x 9″ square and sliced the dough into thirds in each direction creating 6 square biscuits which leaves absolutely no waste!

I like my biscuits and gravy topped with a poached or a very over easy egg. It’s to die for!

We normally pair this dish with fresh fruit although if you aren’t watching your carbs, you might like it with some potato casserole or hash browns.

Like your saw mill gravy on Country Fried Steak? You’re in luck – you can find the recipe here. 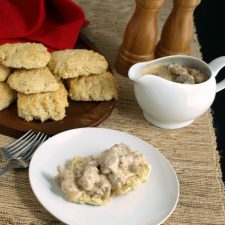 Biscuits are easy once you figure them out! Keep on trying and you will be able to do it soon!!

You make it look so easy. My nemesis is the biscuit too so I’m going to try these!

Oh Marla, I feel your pain! Since this post, I’ve been turning out much better biscuits! Fingers crossed it works for you, too. :) 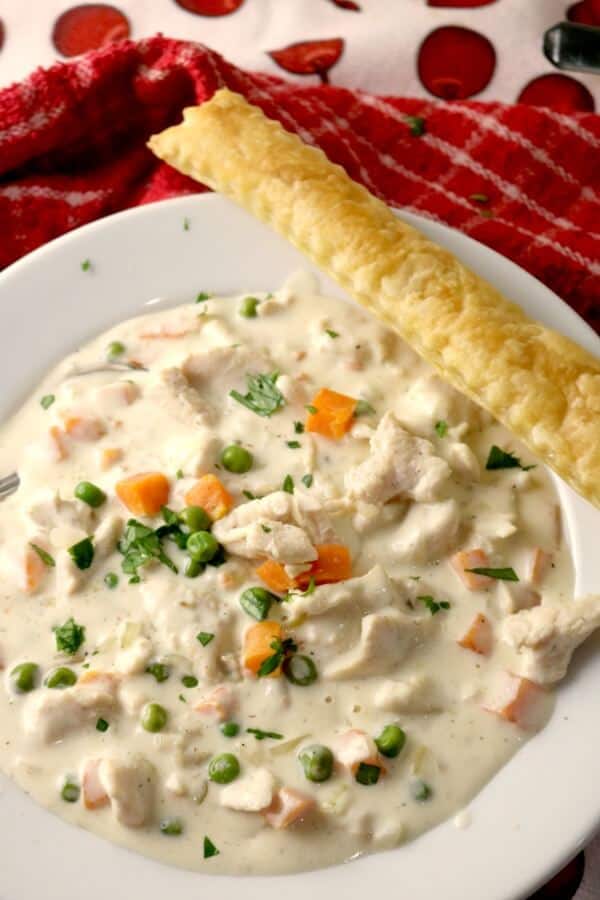 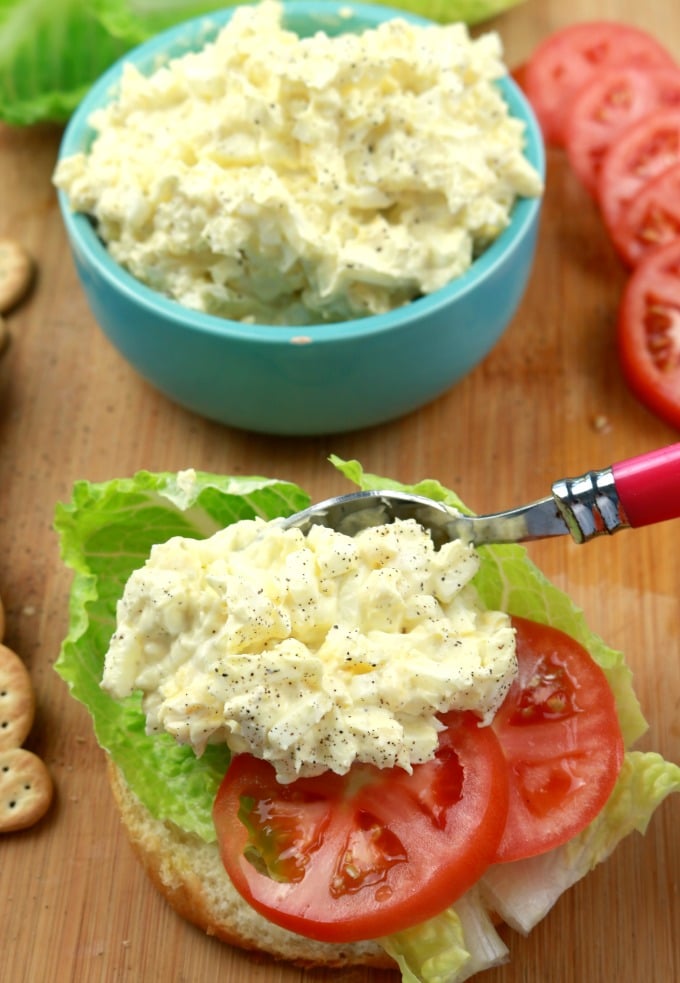 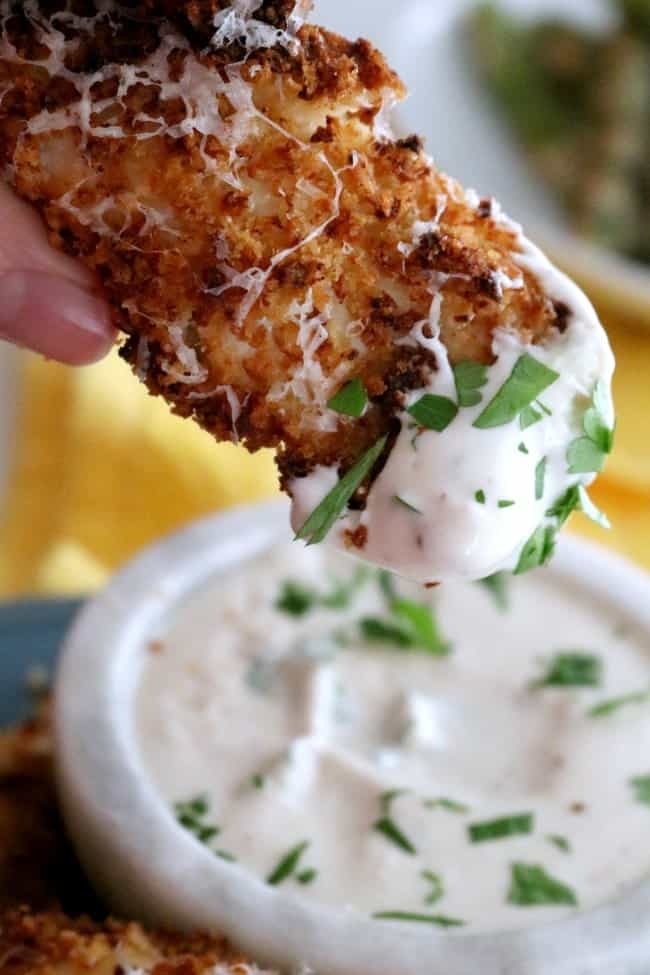 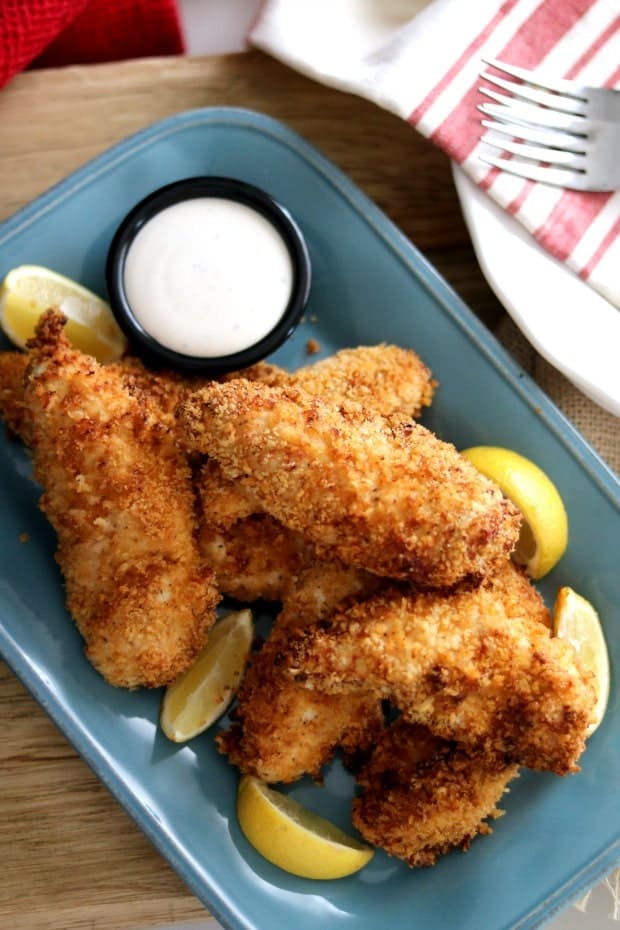 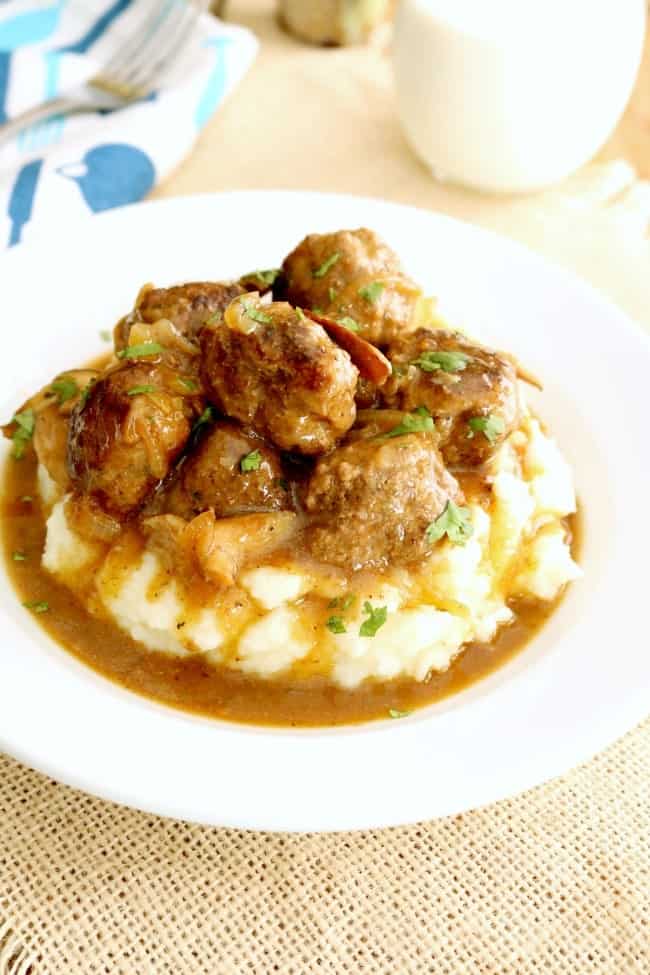 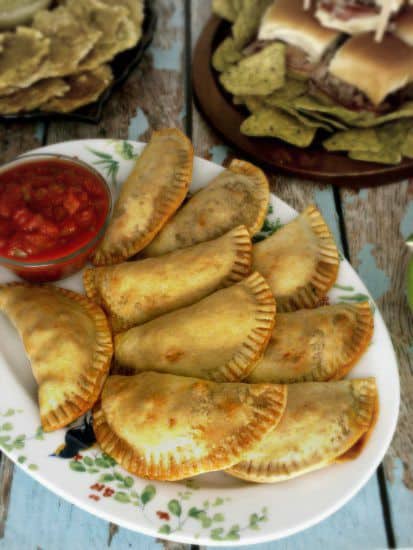