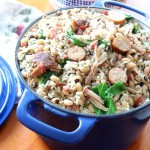 Across South Carolina and reaching throughout the Southern United States, Hoppin John has become somewhat of a tradition.  Although it is eaten year round, it is most commonly eaten on New Year’s Day for “good luck” in the coming year. This simple rice and beans dish bears many similarities to another Southern rice dish, Chicken Pilau, which is another dish originating in the Carolina Rice lands. The combination of herbs, spices, and vegetables seasoning the dish leave it open for interpretation and as a result, no two families make the recipe quite the same. This is largely due to the fact that the first written 17th and 18th-century recipes for such were merely outlines of cooking instructions with not much more than a vague list of ingredients and not much else– especially in the way of measurements. The chef would then just use whatever they had available. It is also worth mentioning that even similar basic ingredients, like beans, bacon, and aromatic rice, were much different then than those mass-produced and commercially available today. 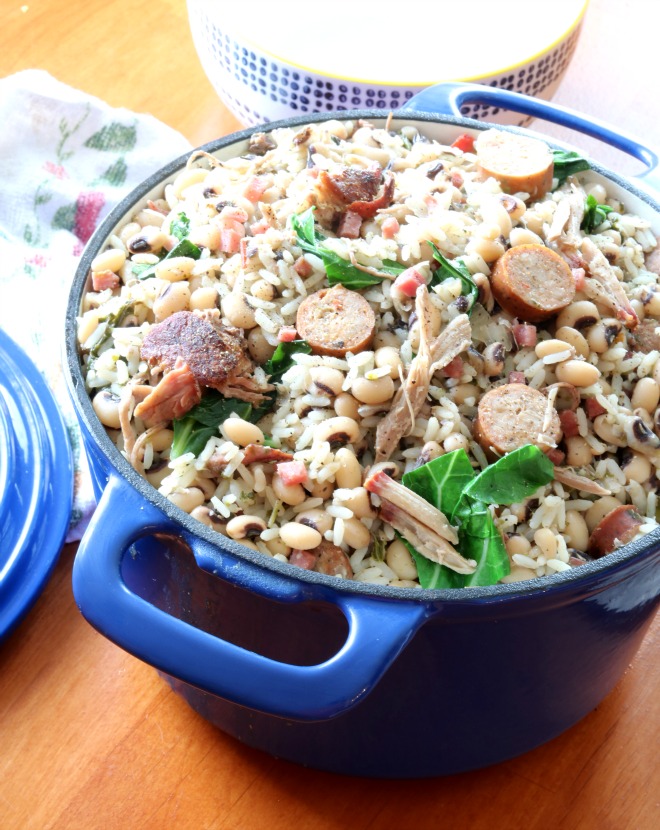 As a result, there are as many ways to prepare Hoppin’ John as there are families in South Carolina and the Lowcountry, with each family tweaking the recipe to suit their liking and ingredients on hand. The real secret to a simple yet tasty bowl of Hoppin John is to start with the best ingredients you can find. Particularly the black-eyed peas and aromatic rice. We start with dry beans, it’s a little more work but the end result is so much more flavorful than canned. If you are in search of a shorter cook time, pre-soak the beans overnight to soften them or you can start with a bag of frozen black-eyed peas which in our grocery are also called field peas, Crowder peas or cow peas. Canned beans are not at all recommended and will cause this recipe to really fall short on flavor. After all, the beans are the star of this dish as they absorb the seasonings and stock used to cook them. Secondly, we use only Palmetto Farms Old Fashioned White Rice . It’s readily available in our grocery stores but can also be purchased online. This rice has a delicious taste with a beautiful, aromatic aroma. It’s also NON-GMO and locally grown. Support local whenever you can and feel good about the food you’re eating! 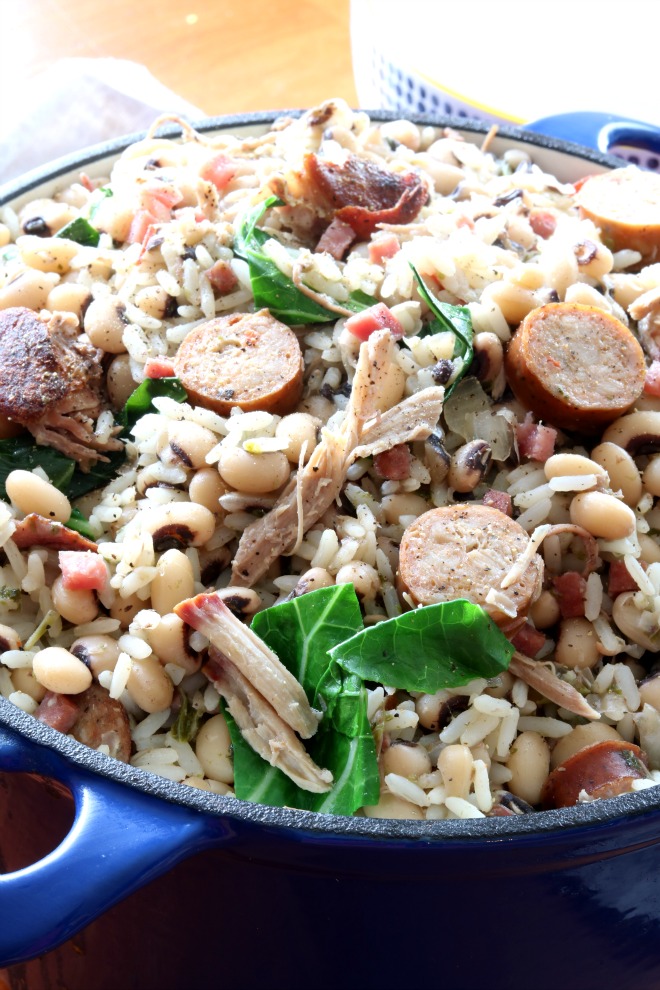 My co-worker tells me that he starts with a full pound of bacon in his Hoppin John recipe. The thick-cut, artisan bacon at our local butcher is far superior to anything in the grocery store which is almost flavorless in comparison — that wonderfully, smoky and salty bacon would work wonderfully in this dish, too. Smoked ham hocks and spicy, andouille sausage make for a very flavorful broth and together with the herbs and spices really round out the flavors. As for the rice, it may seem counter-intuitive to cook the rice together with the beans in the same pot but this one-pot dish uses the Carolina way of cooking rice, allowing the grains to soak up the rich, flavorful, smoky broth — it’s really the key to this delicious rice and beans dish.
We typically serve this alongside a heaping portion of braised collard greens which we purchase fresh from a local South Carolina plantation farm, Boone Hall Farms. These simple yet abundantly, flavorful dishes are the epitome of traditional, Southern cuisine. 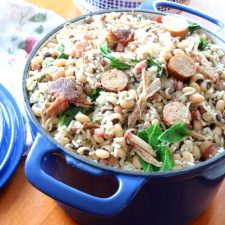 The overnight soak method on the package of beans greatly reduces the stove top cook time to about 40 - 60 minutes from about 60 - 90 minutes until the peas are tender.

So good – I liked all the meats mixed in with the rice.

Very tasty. I had to boil my beans a bit longer than described but otherwise perfect.

Hi Arron, I’m so happy to hear it turned out well for you. Perhaps the difference is just preference or due to change in altitude? 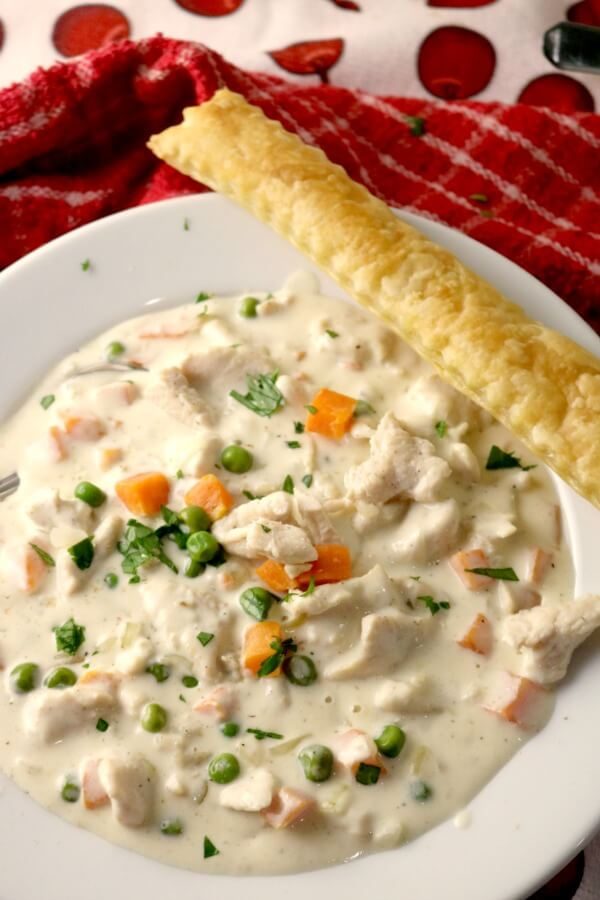 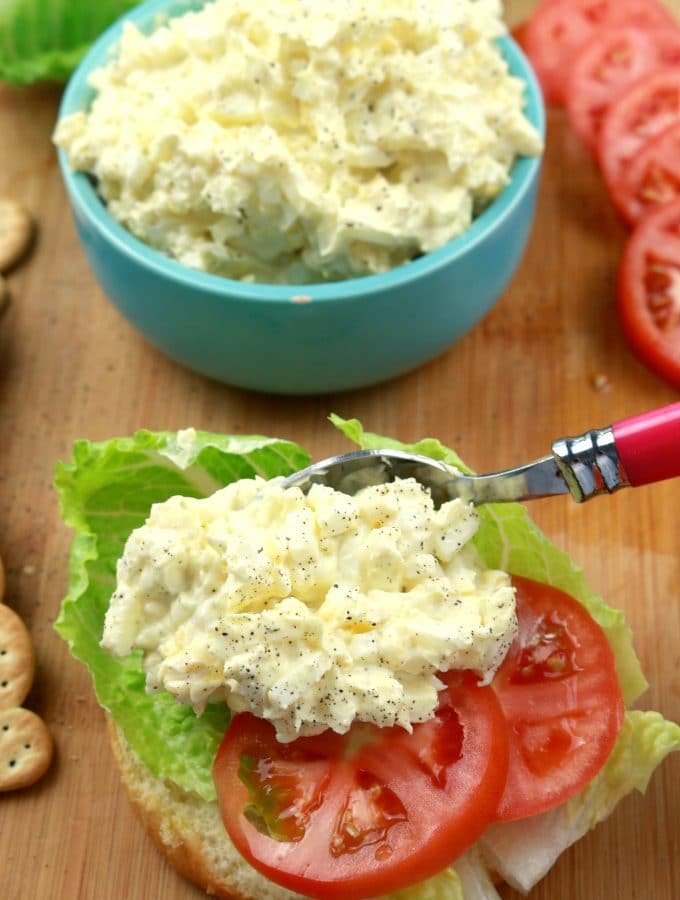 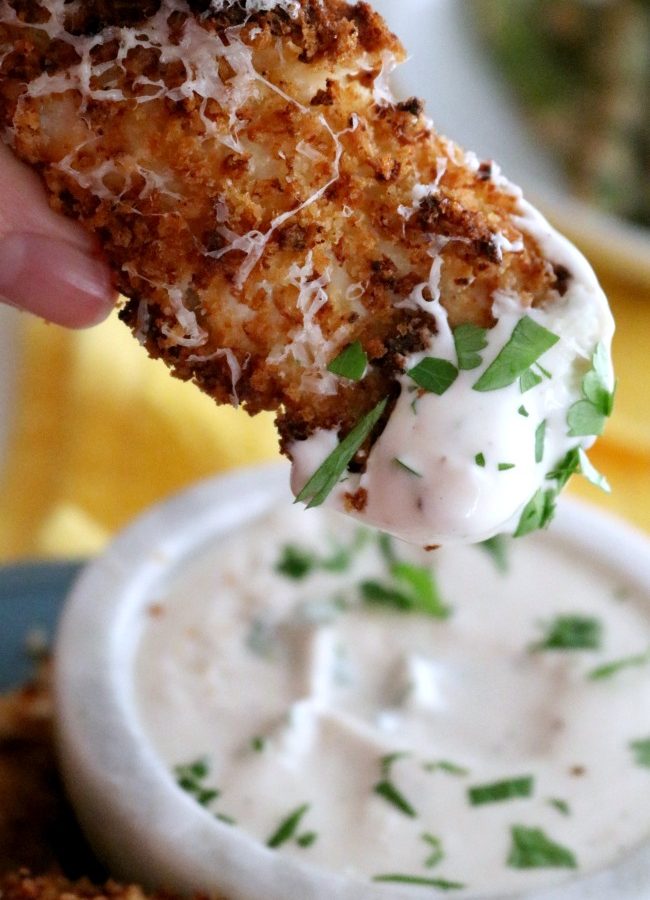 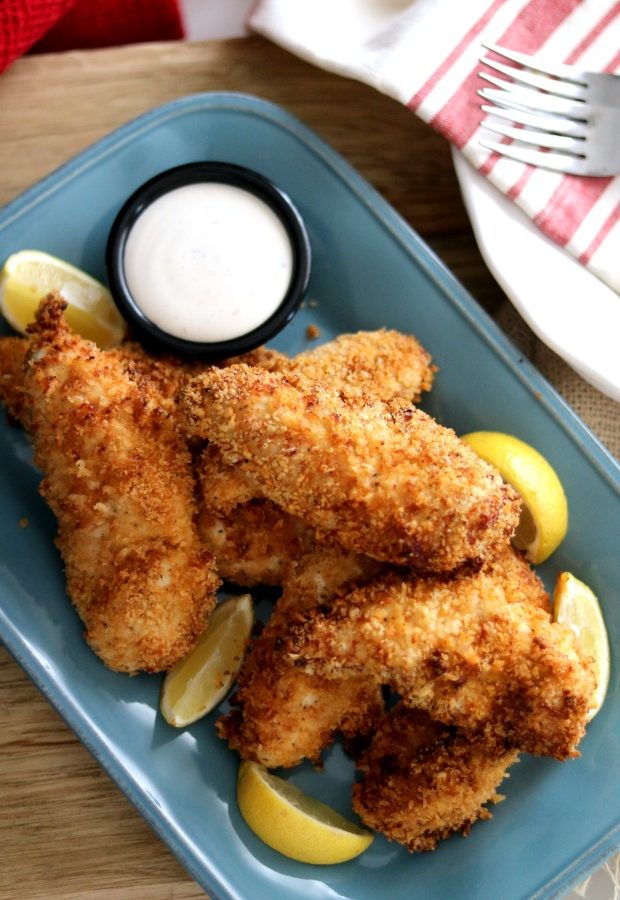 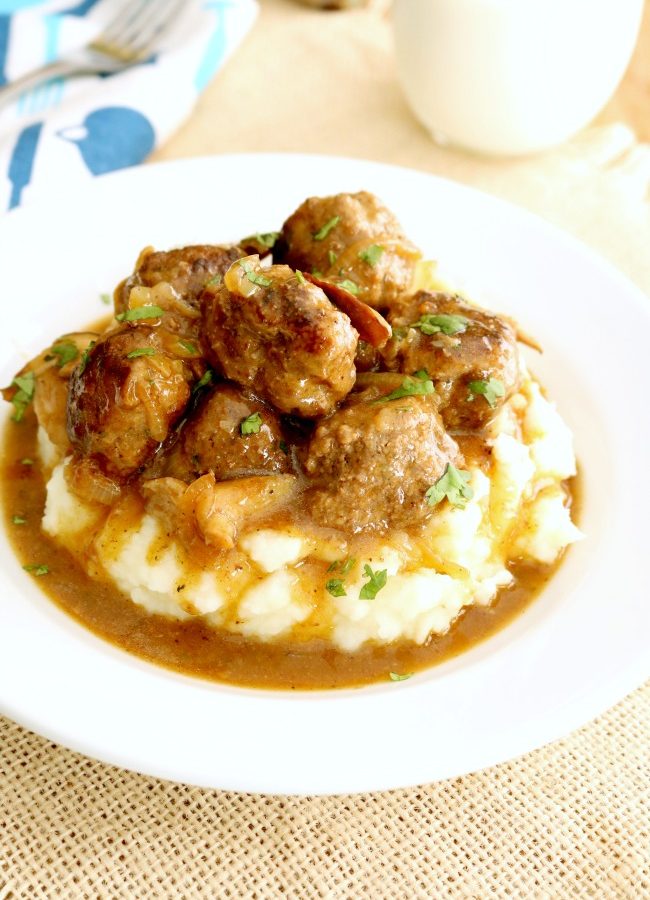 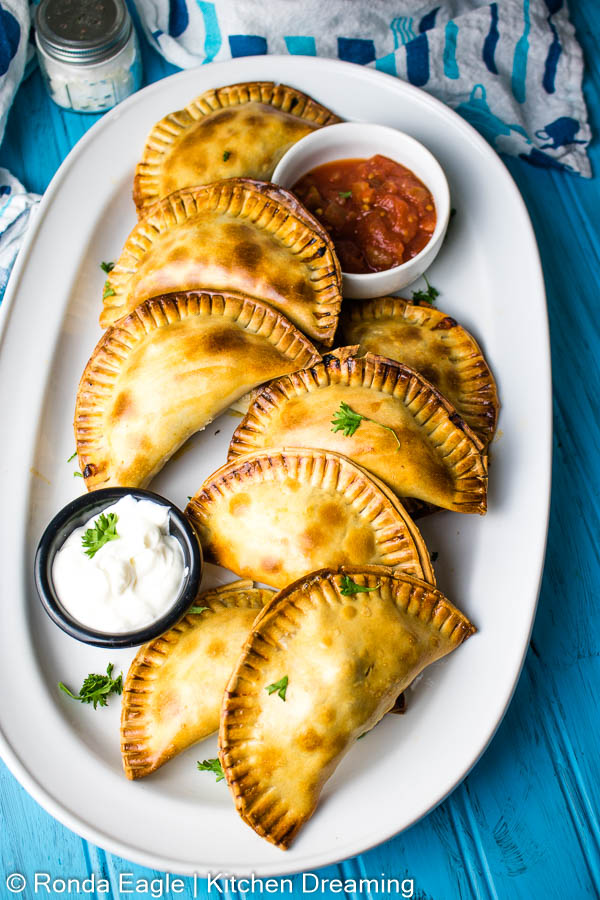